In my third year, I finally got an MRI arthrogram (where they inject special dye into the hip region to get a more accurate MRI image) scheduled by the NHS. They told me that I had developed severe tears in my labrum and a large cyst, which was caused by the dysplasia, and aggravated by the large amounts of strenuous exercise. I would have to undergo a Peri-Acetabular Osteotomy (PAO)* on both my hips to avoid a total hip replacements by the age of 30. Now came the tricky part of figuring out exactly where to do it.

* A PAO is where the surgeon cuts through the pelvis in three places in order to free up the socket from the rest of the hip. Once it is freed, the socket is moved to more effectively cover the ball, and then secured in the new position with 3 long screws.

Option A: Sunderland
Unfortunately for me, just as I was referred to an expert on young people’s hips in Sunderland, I graduated from Durham, which meant that I would no longer have a base in the North East. Not to be deterred by a silly thing like the lack of a house, or a base; the family congregated to have a serious discussion. They came up with the idea of renting a B&B room to install me in for post-op recovery. Although, with Dad being unable to get away from work, Mum unable cope with living that far north, and Katie suddenly very busy, the plan didn’t look very fruitful…unless an unsuspecting B&B owner was willing to look after me and nurse me back to health.

Option B: Hong Kong & Alternatives
So it was back to Hong Kong. Although ostensibly the most logical option, (accommodation, nursing, family, friends, etc.) we quickly discovered the exorbitant operation fees…and it was immediately back to the drawing board. The favourite alternative was a “top quality, very good value” doctor that could perform a PAO in New Delhi that Dad had found on a website. The words brought back a haunting memory of the infamous malaria pills and I was quick to veto it.

We eventually landed on the idea of doing the operation in Bangkok – famed for its healthcare and hotel-like hospitals (and most importantly for dad, it’s reasonable price). My boyfriend, Lucas, and I booked up our flights, made the appointments with relevant surgeons and set off to check it out.

Option C: Thailand
The three Bangkok hospitals that we visited were unbelievably fancy, efficient and very sophisticated – I could definitely get used to the idea of an extended stay in one of their luxurious hospital rooms. However, each hospital we visited left me feeling increasingly disheartened…according to the surgeons here, “hip dysplasia was a western problem” and it was much better for me to head back to the UK or to Germany. They couldn’t help me here. We had reached another deadend.

And then, just as we were heading back to HK I got a call from one of the hospitals – they had an answer! The surgeons had held an orthopaedics conference the day before to discuss my case. They realised that one of them had performed a PAO during one of his surgical rotations about 10 years ago. There were some important nerves and arteries in the area that needed to be avoided, and there may be some leg length discrepancies, but luckily for me, he had also watched his brother perform the same operation a couple of times since and it really didn’t look too difficult. Would I like him have a go at my hip? 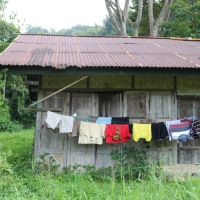